The night at Skaftafell was good, despite quite some rain the tent kept us dry inside. Next morning also our car was “ready” again and the engine started up right away *smiley smiling*

We headed further east along the south coast towards Jökulsarlon a glacier lagoon very close to the sea. We could have taken a boat ride on the lagoon, but there were two things preventing us from doing so: 1) The boats do not really get very close to the icebergs as its too dangerous and 2) Just too many tourists of the kind “Ohhh my god, have you seen this? This is sooooo awesome!”

While they are right, the lagoon and the icebergs really look awesome, we opted for the walk along the shore of the lagoon… 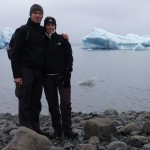 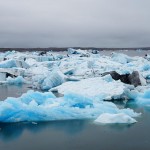 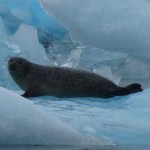 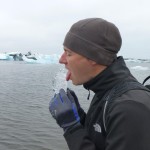 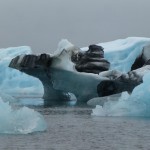 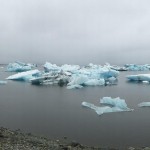 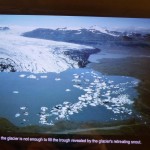 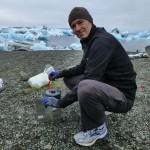 Continuing along the ring-road we passed by an intersection that announced the F985 leading left into the mountains up to Jöklasel. I read about this before and that it offers great views and you really make it up to be nearly on the glacier. A 4WD was announced to be required – our Suzuki Jimney was one, so after some discussion I convinced Iris to go up there…

The story in short: There is a difference between Suzuki Jimney and a REAL 4WD car *smiley winking*

The details: The road got very steep up the hill, making our car drive nearly all the time in low gear with the motor having a hard time. Aside from that, NO visibility in any direction, everything white with snow and fog around. At the same time not much space for the “road” (which was more like a track after some kilometers) and steep drop-offs to the left and right.

After 30 minutes or so I was also convinced, that it might not be the smartest idea to continue. Unfortunately turning around was not that easy – first the motor died off, was boiling and did not start up again. And then there was not too much space to turn the car *smiley worried*

However, we managed to get back to the ring-road *smiley like*

Passing through the small town of Höfn we visited again a mechanic and got a confirmation, that it is indeed the starter that is broken. As they did not have a replacement on hand and we did not want to wait, we arranged for an exchange in Myvatn and continued our drive along endless fjords leading the road inland and then for kilometers back to the sea – enjoying sunny weather, spectacular views and wildlife before arriving for the night at Berufsfjödur. 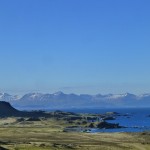 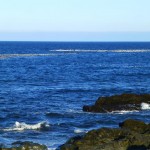 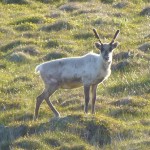 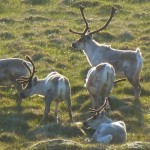 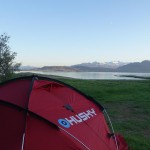 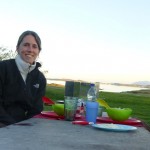 Next morning was very cold with some ice on our tent and we needed something to warm us up a bit. So before continuing our drive to the north, we made a stop at the roadside Cafe Margret, enjoying a good but with 7 EUR a bit pricey piece of homemade cake.

By now we learned to use the (few) options that exist! So stocking up our supplies on food and gas in Egilstadir, THE town on the east coast, was a must-do and made for a good early lunch stop.

For the afternoon program, we selected to see the ONLY forest on Iceland, visit a lake where local saga tells a monster is living at and do some sports hiking up to Henigfoss waterfall. 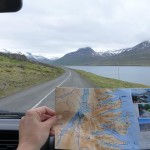 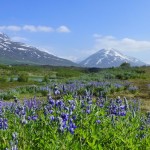 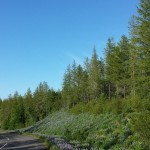 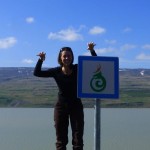 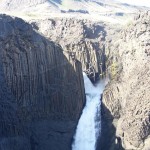 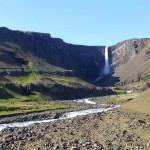 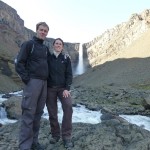 Hitting the road again, we still had quite some way to go for our next destination: Visiting the puffins up close *smiley cool*