After getting into the metropolitan area of Melbourne (wow, there are more streets and much more traffic than anywhere else we have been the last 3 weeks…*smiley winking*, we had some more fun with our friends from Hertz. Hertz Lady from Adelaide assured us: “You can drop off your car at any time in the evening or morning the next day before 9am”. So we went there at 8 pm, but Hertz was closed, the car park was closed with a huge metal door and there was no letter box to drop off the key. Never experienced this before!! Of course, there was no street parking for longer than 30 minutes. ALL other companies in the same street (Budget, Europcar, etc) had an after hour drop off point… We were not amused at all – just wanted to get rid of the car, as a) parking until after 7am in the morning is not available or only at high costs. All Hertz service phones had no office hours any more, so we got even less amused and phoned their 24-hour street emergency phone. They put us through to the Hertz airport office (still open) and Thorsten got to speak with the manager there who desperately needs some training in Customer Relations. End of story, we parked the car somewhere, got up early the next day to give the car back and definitely will not book Hertz again!!

Next morning, we went to the old Queen Victoria Market, where they sell lot’s of yummy stuff, even Weißwürste! 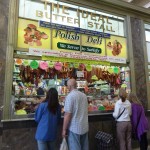 We saw some cool city life… 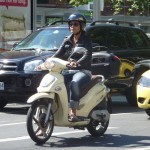 Later, Harry picked us up for a nice “Melbourne – guided by a local – tour”. 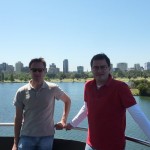 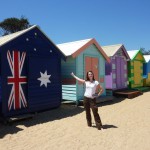 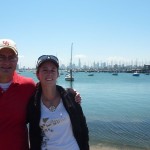 Btw, Melbourne is cool, they even named a part of the city after me 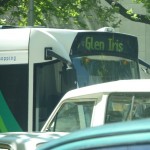 We went to Harry’s, Cindy’s and Leo’s place, before heading off to university to have some drinks (what else would one do at university??) 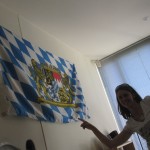 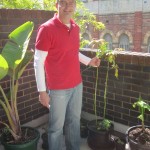 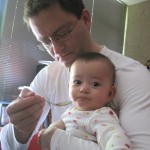 Next day, we went around Melbourne city centre and the river esplanade – enjoying the sun and the rather high temperatures before being invited to a vegetarian BBQ at friends of Harry and heading off to NZ…. 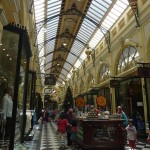 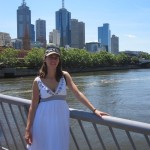 All together, we think Melbourne is quite cool and… yes, we will return! When?? Soon…