Being already 2 countries further (Bolivia and Chile), we finally found some time to catch up with some blog entries… *smiley winking*

03:45 in the morning: Did we really agree putting the alarm clock on this time for our visit to Machu Picchu? *smiley surprised* Yes, we did, because we wanted to get 2 of the only 400 tickets a day, that allow you to climb Wayna Picchu (a mountain opposite Machu Picchu).

After only very basic morning hygene we found ourselves in rushed search for the bus terminal – thanks to Lonely Planet we did not check the evening before… and of course its not anymore where Lonely Planet described it. All this just to discover how many other travellers were obviously following the same plan – arriving at the bus terminal arround 04:15 am, we lined up approximately 50m from the beginning of the line. *smiley surprised*

Luckily some street vendors and one shop saw the opportunity for some early morning business and we got some coffee and sandwiches that filled the waiting time until the first busses around 05:30 am. By that time the line up of people had reached easily the 500m mark and first discussions about people trying to squeeze into the line up had begun. (6)

Finally we went into the 4th bus that day leaving only shortly after 05:30 am, just to find us lined up (or this time better bulked up) in another waiting line on top of the mountain waiting for the opening of the gates…

As there must have been quite a number of people climbing up the mountain by foot in the dark, the crowds eagerly waiting to get tickets for Wayna Picchu had increased dramatically by the time the guards opened the gates…

Time for morning sports in the dawn – sunset seemed still quite some time away: A run over the whole complex of Machu Picchu to the other end, where the ticket box for Wayna Picchu is located. How to imagine that (as we have no pictures)? Have you ever seen the start of a marathon…just like that, except, that you and most others have no clue which way to go…

The price of that running excercise was simply another line up at the ticket box. 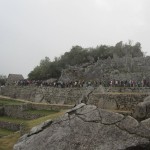 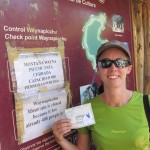 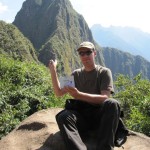 Time for watching the sunrise from the caretaker hut – and that was the first time we realized not having taken any pictures of the previous happenings. I guess we were still sleeping mentally 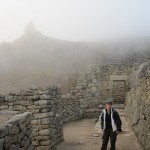 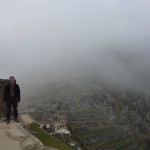 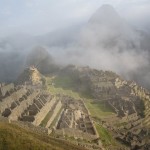 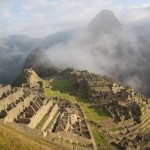 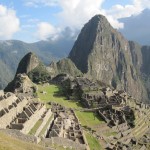 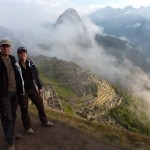 Getting more and more crowded with the tour busses rolling in, it was time to find some less crowded spots of Machu Picchu: We opted for the ancient Inca draw brigde on one of the paths leading to the lost city of the Incas and the climb up Wayna Picchu (using the secured early morning tickets). 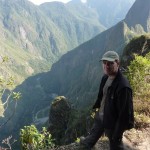 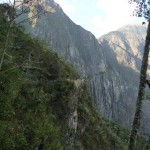 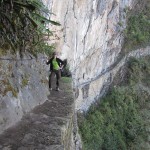 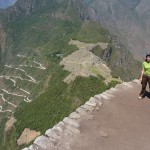 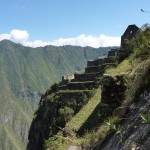 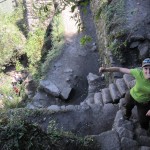 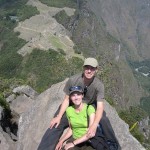 Shortly after 02:00 pm it starts getting much less crowded in the whole complex as many day-tours from Cuzco need to leave early to make their way back on time…finally some time for us to really enjoy Machu Picchu itself! 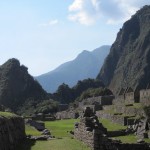 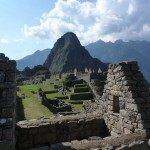 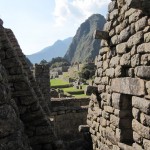 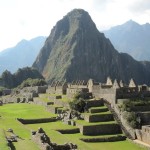 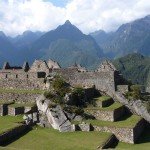 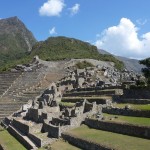 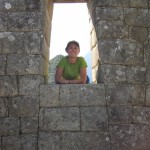 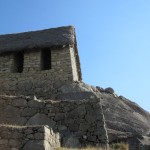 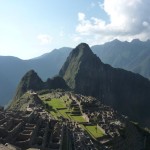 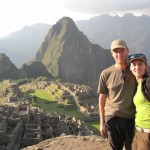 What’s left over from this stage of our trip: 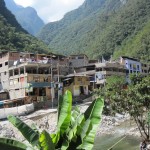 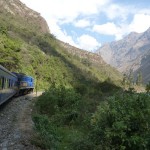 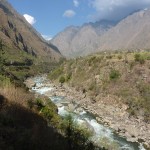 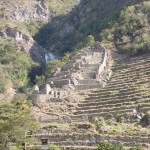