After quite some time in more (or less) remote locations (see our Salar de Uyuni blog), we arrived in the modern mega-city of Santiago de Chile on a Sunday… and is was a special Sunday: There was some type of ceremony for the president of Chile!

Sounds good! But result et in a very frustrated taxi driver dropping us off some five blocks or so from the hostel, because he simply could not get closer due to closed streets. And that meant walking through a deserted city center (all people must have been somewhere else watching the parade) after a 24hour bus ride with our backpacks *smiley annoyed*

We stayed in the hostel Plaza de Armas directly at the central place – with the same name – and in a converted apartment. Straight to the point: Location great, facilities (showers, kitchen, WiFi=WLAN) good, staff sucks – but fortunately we haven’t come here to meet them…but to do some sight-seeing 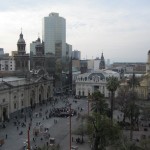 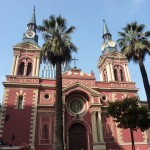 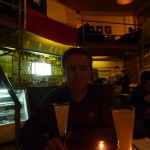 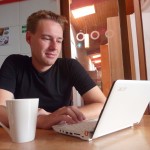 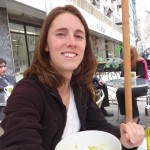 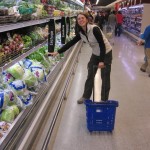 You got the point, right? No real sight-seeing in Santiago

But Chile is famous for it’s wines as well! And we did not forget this! On short notice we booked a tour and wine tasting at the boutique wine yard Aquetania located in the suburbs of Santiago – and thus reachable via public transport instead of requiring a rental car. 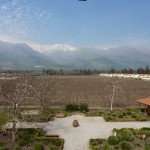 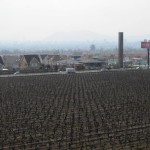 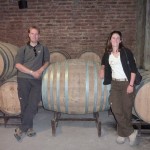 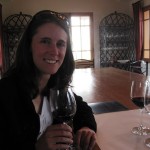 Our learnings of that day:

For a little bit of contrast to Santiago we headed out to Valparaiso a hilly city directly at the ocean about an hour bus ride away.

Sight-seeing here is really easy – just walk around the city and enjoy the views: 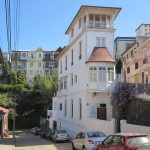 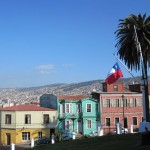 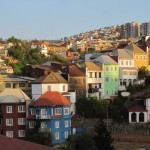 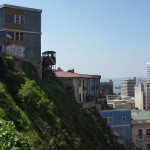 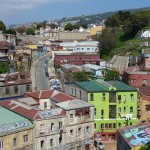 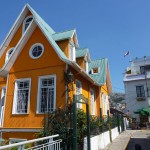 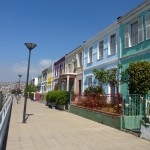 After a long day walking one hill up, the next one down, and so on…we found a nice place to enjoy a really good coffee: 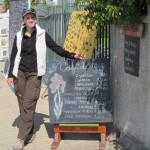 Absolutely last stop on the South American continent before heading off to the islands was once more Santiago for one night: We could not get a confirmation for our flight to Easter Island the next day (I guess RTW tickets have a very low booking class), so we simply kept fingers crossed and got up very early after a short night to catch the first airport bus.

Once again Lonely Planet information could not be confirmed by us, as the first Tur-Bus airport bus leaves obviously one hour later that the LP says. Which left us a the bus station taking a second taxi that morning to the airport directly… *smiley annoyed*

But that story comes with a happy end: Self-check-in at the airport revealed about 3 empty seats in the whole plane – and we could right away check-in for two of them!