…at least that’s what an old German saying tells us – and it’s true, especially if you wanted to do something “special” and visit Vanuatu

According to various sources Vanuatu should be, what everybody considers “paradise” – not yet overflown by tourists, comparable cheap, sunny, friendly people all over the place, smiling all day long, …we could continue for some more time, but…

Back to the German saying mentioned above: You already have a vague idea, what this is heading to? Right…but let’s go through the topics one by one – in German, we found a word beginning with “Un” for each of them:

“Unverschämt teuer” – Lets just remember, that Vanuatu is a third-world-country and only every 7th person has something you would define as a job… The prices in the supermarkets and on the normal communal market on the street struck us like lightning: 1,40 EUR for 1 liter of milk, 1,50 EUR for a small can of really cheap beer (kind of “Öttinger-Pilsner”*smiley winking*, at least 14 EUR *smiley exclamation mark* for a main course in a restaurant (meat, pizza, what so ever), cheapest accommodation we could find 30 EUR per night

“Unfreundlich” – We read a lot of articles about Vanuatu and its famous number 1 rating in a survey looking for the happiest people in the world… But nobody was laughing and/or looking happy at all in Port Vila. Maybe we just got a wrong start there, as we found some more “happy” people away from the capital later on…

“Unfähig” – And even if you do try to push people and make sure that you get what you want, it still doesn’t always work…after one week discussion about flight dates, tours and hotels they messed up with the final confirmation and we could not go to Tanna or any other island as planned…

“Ungeziefer” – We couldn’t avoid it any longer….even after surviving South America without any major incidents (let’s forget about this small cockroach invasion in the jungle). Disaster stroke with a flea plague here…you’re reading correctly: Fleas!!!

Well, not everything was bad and we really tried to make to best out of it by searching for the nice spots with nice people…which worked out in a way

So let us give you some picture overview: 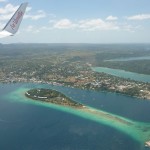 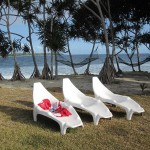 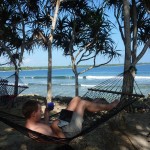 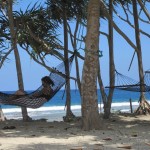 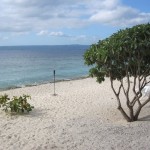 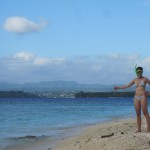 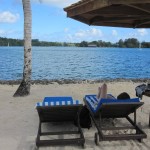 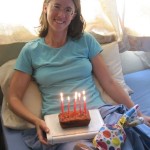 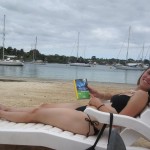 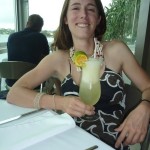 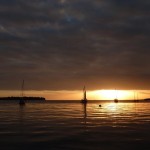 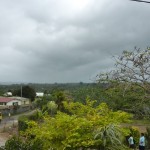 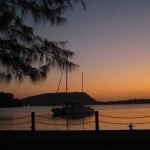 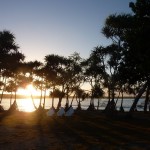 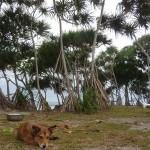 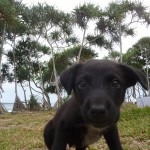 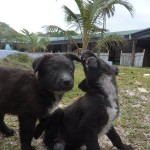 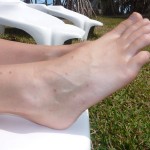 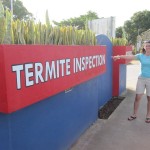 Summing up our visit in just 3 words: We won’t return! (and that conclusion is a really seldom one for both of us loving to travel)

Some little more words: We found some time to relax and just let some days pass by after some extensive travelling throughout South America and the Pacific, but if you haven’t visited Vanutu, you haven’t missed anything!

Iris, your turn for some anecdotes on our Vauatu experiences