After arrival in the middle of the night at the Keflavik airport (which is in desperate need for process improvement…) we got our little 4wheel drive and made it to our B&B – in full daylight! The famous white nights are really bright – 2am could easily be like 4pm on a cloudy day back home…

We stocked up with the essentials in Reykjavik: food supply and a tent. The guys from the outdoor equipment shop where we rented the tent were very helpful. Since we both cannot remember when we have built up a tent the last time, we were quickly taken to a playground with some grass around and were shown how this works. Looked easy *smiley smiling* 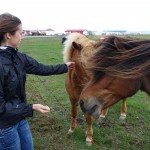 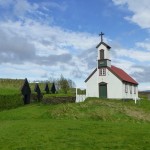 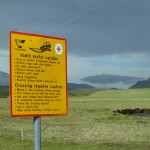 Since most of the highland roads are still closed – “This was the strongest winter since 50 years and the worst spring since then – the snow is only melting now” – we unfortunately could not go to Landmannalaugar which was the original plan. Therefore we picked Þórsmörk. Of course, it did not take long after leaving the city to meet the first Icelandic ponies! To reach Þórsmörk however, only two smaller rivers to cross on the 4wheel drive road and then the last hop across the deep river with a special truck/bus. Those little two rivers where 6 and some were not so little as expected / hoped…

We noticed that there is a significant difference in height between the little Suzuki Jimny we had and a proper 4wheel drive most Icelanders drive… So we had a look how the others drove through the water, take a breath and go through. Most of the way we were able to follow a Jeep with a trailer transporting a dixi toilet (no joke!!).

All took longer than expected, so we reached the deep river only a bit after the time the special truck/bus should have crossed it but we still saw it, crossed the first more flat part, waved and the guy turned around, crossed the river again and picked us up. This would have never happened in Germany!! A bit unorganized though we through everything in the trunk (incl. food supply for two weeks since we had no time to pick what we need for two days) and parked our car in the middle of the river on a sandbank. The very relaxed Icelandic driver of the truck/bus said “this is ok here!” Ok, we decided to trust the local.

Btw, setting up the tent was easy indeed and the temperature was not as bad. The night we slept well, just woke up once as a heard of Icelandic ponies were running close past the tent which was quite loud *smiley laughing* 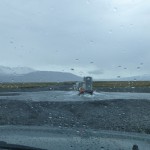 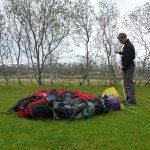 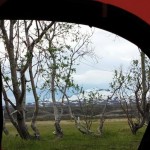 Þórsmörk is a hiker’s paradise – we climbed up Valahnukur for a superb 360 view (our car is still standing in the middle of the river btw) and did the so called Tindfjöll loop. A good 5 hours later we were back, happy and hungry; therefore we prepared a big pot of pasta (something we will be repeating a lot in the next 2 weeks). Despite the wonderful nature with glacier, mountain and valley view, the area is a hiker’s paradise because it has hot springs. Of course we hopped into the pot after dinner! 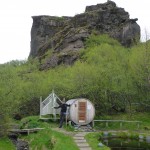 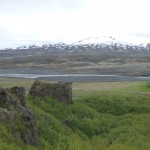 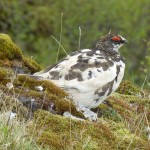 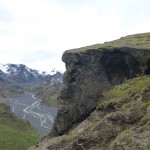 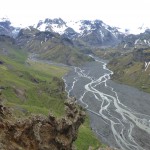 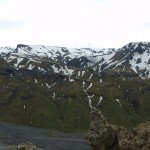 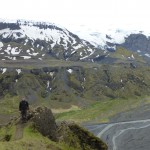 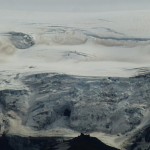 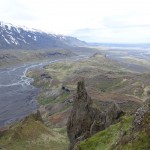 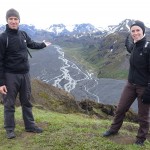 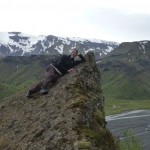 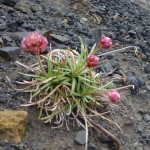 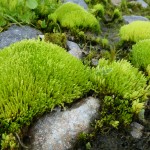 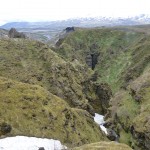 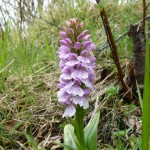 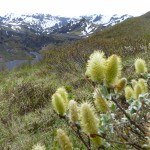 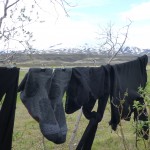 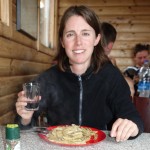 One thought on “South Iceland (part 1): River crossings and hiking in Þórsmörk”