Long overdue – as we are already some 1000 km further south in Bolivia now – we finally managed to put together our experiences in Lima:

How can you characterize a city with over 7 mn inhabitants – right, you can’t, because it’s too different in itself. Through the days we spent there we only saw a snapshot of some of the city, e.g. the district of Miraflores where our hostal was and the city center.

Overall we liked Lima, especially for it’s nice cafes in Miraflores and the especially good food in one of Perus most famous restaurants (Iris might write a special about dining in the most expensive places available… ), but that said, it’s more a place we can imagine to live rather than something for sightseeing/travel as the city is BIG and the sights are well spread across…

Special thanks of this edition goes to Alejandro, who was giving us really good tips for THE locations (and restaurants) to go in Lima *smiley smiling*

Lima still contains some really nice collonial houses, especially around the Plaza de Armas (nearly all cities in Latin America have a place called like that, comparable to the German “Hauptstrasse” in every town). 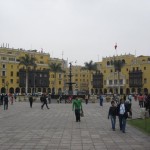 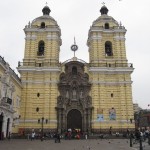 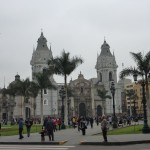 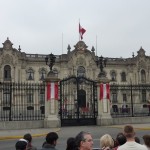 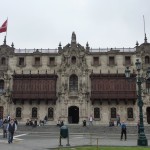 We have read in various guidebooks and even in the internet, that the Museo de la Nacion hosts a really good collection that can give you an overview over the various cultures that inhabitet Peru over the centuries – whereas visiting a site itself often only reveals something about their creators.

To get there we decided to experience a ride with the local public transport system – named mini busses. Sounds easy? Yes, I am sure it is easy if you are either a local or at least speak Spanish. The guidebooks say the mini busses show their destination via signs in their windshields…well not sure where the authors of that guide books have been, but in the mini busses we saw the destination was indicated by people shouting out of the side door…and was a little hard to determine, whether its the right one or not *smiley winking*

That said, we made our way to the museum – and are still proud of having saved a minimum of 7 Soles (less than 2 EUR) for the round-trip against a taxi *smiley smiling*

The museum itself was quite a disappointment to be honest…the descriptions (even in Spanish) lack the basics and the items on display seems to be in no specific order. Additionally it seemed, that a lot of the items that have been here some time ago are still not there anymore – even Spanish speaking visitors were searching their way around as much as we were *smiley sad* 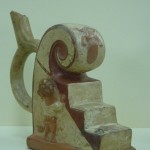 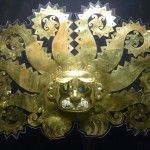 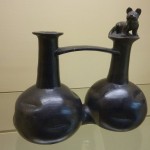 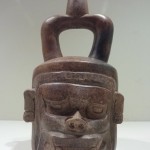 Being “on the road” for more than a month now, we decided, that it was time for a (European) “normal” chill out day *smiley smiling*

With “LarcoMar” Miraflores hosts just the right place for that… a shopping center bursting with coffee places… all offering free WiFi (= WLAN). 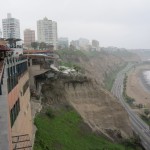 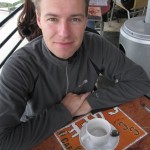 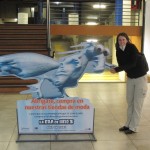 Yet after our experience we’ve not been sure about doing a last museum…but it definitely was worth the nearly 10 USD entry fee – well ligthed and described Museo Raffael Larco Herrera was worth the detour to the bus station.

Detour? Yes, detour…our taxi driver had no clue where to go and overall seemed to be around the first time in his city – even I was telling him that we needed to go the other direction for increasing block numbers, but he went on and on and on… before asing another taxi driver who was pointing exactly the direction I was since 5 or 6 blocks… but as the price was fixed up front we didn’t care too much 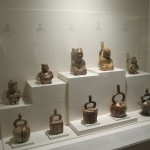 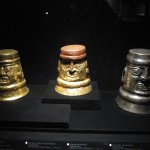 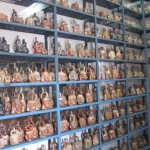 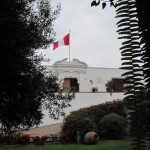 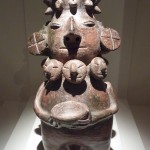 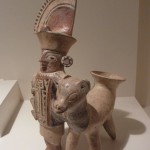 And additionally they have a “special” collection of ancient pottery – so special, that in catholic Peru this collection got removed from the central building into an annex with seperate entry… 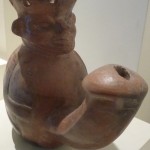 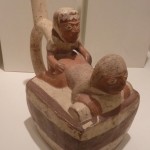 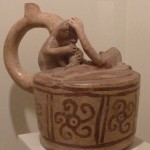 Taking pictures seemed to be allowed, at least nobody showed up saying: “Can you please stop taking pictures of this #$!?*”…anybody under 18 in this forum?

That was nearly 4 days in Lima!

Next stop: Nasca – and the famous lines in the dessert