Our way from Myvatn on the ring-road until the turnoff to F35 would have been unspectacular, aside from the “usual” waterfalls along the route. But, we managed to meet a DHL colleague, circling Iceland the other way around, just in oncoming traffic and briefly stopped along the road for some exchange on tips and tricks – and of course to say hello *smiley smiling*

However, the title of this post promises more, right? Well, we discovered 3 limitations to us and our equipment within 3 days of travelling through the interior highlands of Iceland:

Limit number 1 hit us several kilometers onto road F35 (“F” roads are the ones, you are only allowed to use with a 4WD) and after we already spend quite some time only on a gravel road and its surface becoming more and more bumpy. On the way we already drove through some patches of the road that were still flooded with water from melting snow – sometimes using the straight way through, sometimes more circulating around what we expected to be the deepest areas of the water.

So approaching yet another such flooded stretch, despite it being quite long didn’t seem to pose a risk… 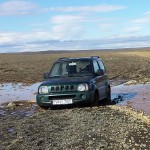 We should have known better, as we saw on the side of the road another oncoming car being stuck in the mud… But we didn’t and tried to drive around the deepest area on the side opposite the car that was stuck… Well, not the smartest decision *smiley ouch*

So we got pulled out by a far bigger 4WD, followed the ranger to the hut he is taking care of and thus discovered a very nice spot to stay for the night, with a hot natural pool at Hveravellir. 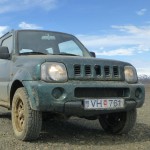 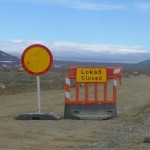 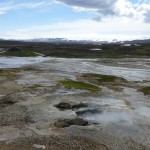 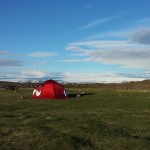 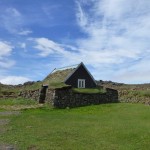 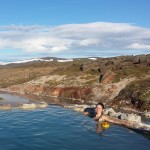 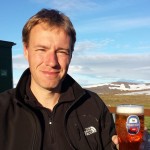 Next morning we went on along the (officially still closed F35) towards the south. The plan was to head to Kerlingafjöll for some hiking. Shortly after the turn-off, the signs gave a warning “that some rivers might need to be crossed”. Rivers are not mud, so we still felt confident, that we can do it…

The first crossings were comparable easy, but then we reached limit number 2: A river, that was more serious with deep water and some 20-30m next to a waterfall downstream *smiley worried*

We decided to take the easy way-out and called the number on the sign to get a pick-up for us all our luggage, tent, food supplies, … No problem! After few minutes a 4WD arrived, that was nearly double the size (especially height of the wheels) than ours. 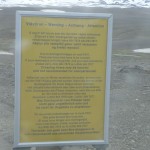 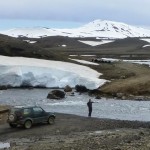 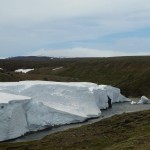 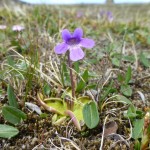 Arriving at the Kerlingarfjöll campground, we soon faced limit number 3: Our tent is quite stable, but only until a certain wind speed. And obviously there was a warning issue by the meteorology service of Iceland for the next night. Expected wind speeds were a lot higher, than what we had in the afternoon – and already now our tent was bending like hell, despite a solid stone wall and additional anchors around *smiley annoyed*

Okay, for tonight not the site with the best view, but a spot between a hut and a small hill, that Iris selected. Good choice, we moved our tent and all our stuff *smiley like* 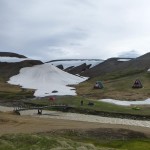 After a quite windy and rainy night, the next day was all about a hike to the geo-thermal areas at Kerlingafjöll. It is an excellent, but very challenging hike from the huts up there, above snow fields and with great view onto the glacier. 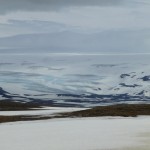 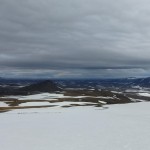 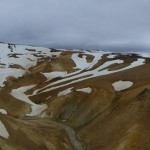 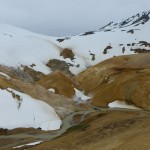 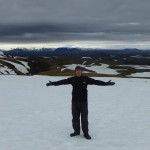 After this morning hike, we completed crossing Icelands interior highlands back on road F35 visiting Gullfoss and the name-giving Geysir. 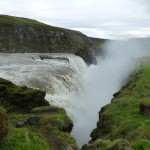 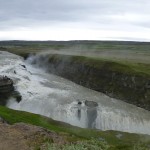 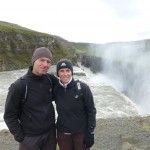 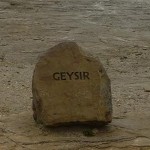 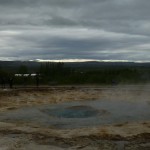 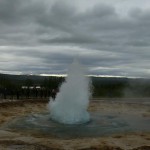 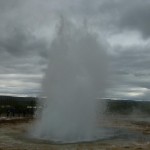 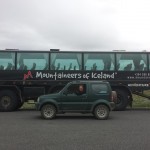 Not enough extremes yet? Stay tuned for our experience diving in 2-3°C warm water…